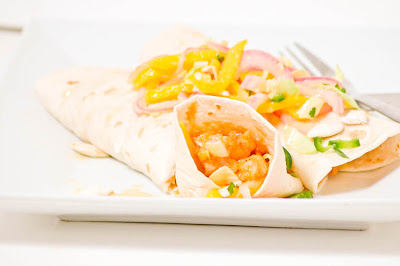 Hello Monday!  How was everyone's weekend?

Not too much went on over here.  Saturday I had to work for a few hours, but it wasn't too busy, so it wasn't too bad.  Sunday I woke up with sort of a sore throat (crossing my fingers I'm not getting sick!), so it was a lazy day.  Eagles didn't win (boo!), but the Colts didn't either (and their butt-whoopin' was a little more severe so that makes me happy! hehe).

We put up our Christmas tree too, and I'll definitely share that with you guys tomorrow!

Oh, and yeah, my cell phone decided to bite the dust on my Friday morning too.  So a whole entire weekend without a cell.  I felt like I was dying.  Not really, but definitely felt unconnected to the real world.  Funny how loss of technology does that to you, right?  Do you guys ever get that way?  Anyway, new phone arrived today... woohoo!  And now I just have to fool with it on how to work the dang thing and then I'll be set!

Most productive thing I did all weekend was make these awesome shrimp tacos.  Andy even said this is one of my best creations yet.  Well, I can't take all the credit... Food & Wine had a little something to do with it too!  But nonetheless... here we go! 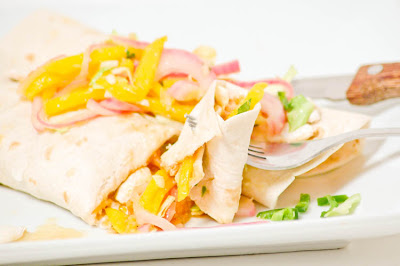 
To prepare the pickled onion slaw, start by making your pickling liquid.  In a small saucepan, combine white wine vinegar, sugar, and a pinch of salt, and bring to a boil.  Stir mixture to dissolve sugar completely, then take off heat.

Place red onion in a medium heat proof bowl and pour pickling liquid over top.  Quickly mix everything together so mixture coats the onions well.  Let cool for a few minutes then put into the fridge for at least 2 hours.  I left mine in for about 5 and they came out perfect.  The longer you let them sit, the better they come out.

In another saucepan, combine orange juice, white onion, maple syrup, malt vinegar, and cumin.  Bring to a boil and let simmer for about 5 to 10 minutes, or until mixture looks somewhat reduced.  Transfer mixture to a tall container and add vegetable oil and lime juice.  Using an immersion blender, puree mixture until it is smooth and then season with salt, to taste.

Drain red onion and transfer to a medium clean bowl.  Add mango, cabbage, cilantro, and half of the orange juice mixture.  Season with salt, to taste.  Set aside.

To make the tacos, heat a large skillet under medium high heat and add vegetable oil.  Add onions and cook until they start to soften, about 5 minutes.  Add shrimp pieces and season with salt and pepper.  Cook until the shrimp is white throughout, about 3-5 minutes.  Add the barbecue sauce and coat shrimp well.  Simmer for about a minute or turn off the heat.  Stir in Pepperjack cheese until melted. 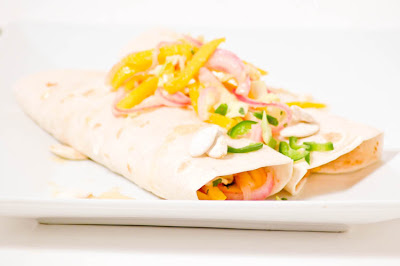 You're definitely going to have to eat this one with a fork, but they are oh-so-good!  I almost wish I had doubled the recipe to churn out more tacos!  This made about 4, so if you're looking to feed a family, you could easily double the recipe for the tacos, but the slaw should remain the same (we had tons left over!).  The sweetness and tang of the slaw definitely complimented the savory barbecue and shrimp perfectly!  Hope you guys try this one out!  Enjoy guys!
Posted by Peggy G. at 2:56 PM