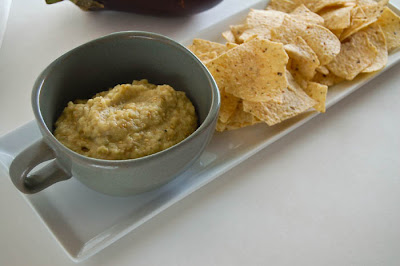 Well... I think Karma has finally come and bitten me in the ass.  Two of my very favorite things are now broken. #1... Andy.  We were playing a slightly competitive game of tennis on Monday afternoon, and he went to charge the ball and ended up smack dab on the pavement instead.  He had reconstructive surgery on his ACL a few years ago and he thinks he may have just jarred something loose or whathaveyou.  But he's looked like a poor puppy dog ever since.  He's on crutches and everything.  However, today he did say that it was starting to feel better, although he's still going to gingerly nurse it.  Crossing my fingers he gets better soon, because honestly, I hate walking the dogs and doing more chores than I have to.  (I'll do them if I have to, but seriously, Andy babies me too much so I'm used to living a cushier life, hehe).

And #2... probably more heartbreaking than #1, although it's a pretty close call... my camera lense.  Yup, I went a whole year without dropping my camera, losing it, having a dog eat it, etc... But yesterday, of all days... Andy came home and set his crutches down on the computer desk, they slid, and knocked into my camera, that was on it's tripod, and the lense went face first into the wooden floor.  While nothing shattered, something is essentially jarred loose and my lense will not function.  (insert VERY sad face here).  And no, I'm not mad at Andy.  Like I said, he's a cripple, and it wasn't intentional, and I partly blame myself.  Mainly because the camera was set up on the LEFT side of the computer, where it NEVER is.  And it's usually sitting on the RIGHT side of the computer, and if it had been there, we wouldn't be having this sad conversation.  So no one truly is to blame, and my heart breaks mainly because Andy felt like a pile of crap after he did it, but I can't be mad... because honestly... it gave me an excuse to order a macro lense.  Which I should receive on Friday... so all is well.

But anyway, on a normal Wednesday, I would have a lovely photo of the array of goodies we received in our CSA, but no, blame Andy for a pictureless CSA today.  (Hehe... just kidding Andy... I love you!)

But what we did end up getting in our CSA is exciting, so just let your imagination make a picture for you:

So any ideas of what to do with this bounty?  Let me hear it!

Oh, and I suppose you guys want a recipe!  Eggplant is one of those things... you either love it or you hate it... or you just don't understand it.  I fall in to the latter category.  The only thing I know how to use eggplant in is eggplant parmesan.  But there's only so much eggplant parmesan one can have before getting bored.  So this dip, which can be eaten with tortilla, pita, whatever kinda chips you want!  It's tasty and refreshing, and definitely a different way of using up that eggplant!

Let eggplant cool for just a moment, or until you can safely touch it.  Carefully peel off skin and add eggplant to a medium bowl.  Push out garlic from skins and add to bowl as well.

Mix in salt, pepper, olive oil, sesame seeds, and lemon juice.  Using a potato masher, mash ingredients together until well combined.  If you like your dip a bit smoother, you can even use an immersion blender instead of a potato masher.  But me, I like the texture of having a few chunks in the dip, so I stuck with the masher.

Serve with your choice of chips and enjoy!

Andy isn't one to like eggplant, but he said this dip was pretty solid!  Seriously, if I hadn't made this myself,  I don't think I would have known it was even eggplant dip!  So if you're looking for something different to munch on or make use of your eggplants, this might be a winner for you!
Posted by Peggy G. at 3:27 PM