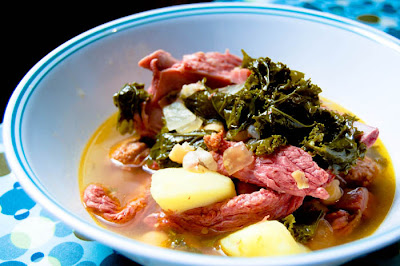 No, I did not buy an extinct Woolly Mammoth on e-bay and make a soup out of it. But this soup DOES have a crap-ton of meat in it. Probably enough to feed an Ethiopian village for months, so I somewhat felt bad... but in the end... the soup was good, so I didn't feel AS bad as I should have. But I've been told I don't have a soul before, so, I suppose it's natural.

Speaking of natural things... today was the first day that I noticed my garden sprouting vegetables. These "baby" green beans are so cute! Aren't they? 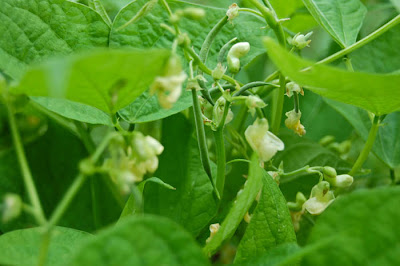 My little baby basil's are growing up nicely... 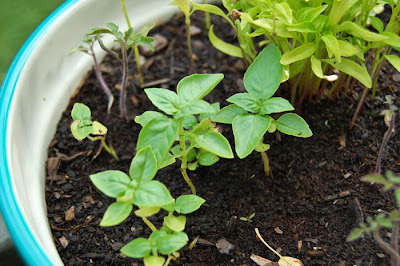 My red chiles, which I think are little overcrowded... okay... a lot overcrowded (I really didn't think they would grow, I just used some leftover seeds from a recipe...) 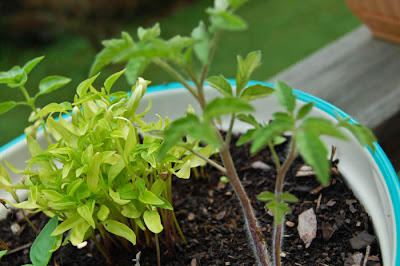 My cherry tomatoes (which I thought were practically dead up until a few weeks ago...) 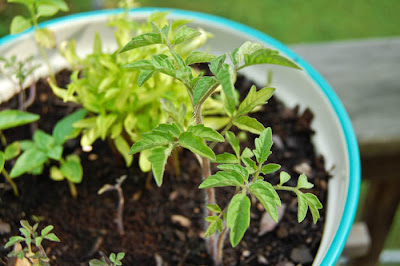 Oregano from last year's planting... (which never grew last year, but is seeming to flourish this year) 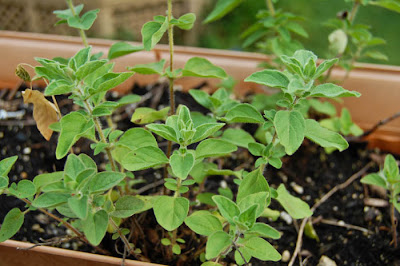 Corn... which I was sure was not going to grow at all (this is when I had my squirrel problem)... and I'm not sure if it's going to pollinate because the squirrels kind of messed up my rows 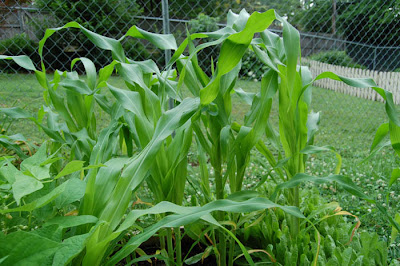 And my lettuce, which I'm mucho excited about... 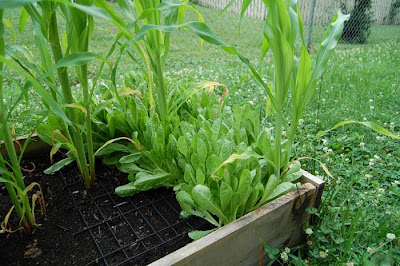 And I guess now you guys want a recipe right? Alright... I'll get on with it.

Soak the garbanzo beans in enough water to cover it by about 2 inches. Soak overnight and drain.

In a large stockpot, add ribs, ham, hamshank, chorizo, skirt steak, and pancetta. Add the water and chicken stock. Bring to a boil and add garbanzo beans and leeks. Reduce heat to medium-low and simmer until beans are tender, about 1 hour or so. Add the potatoes and kale and simmer for another 45 minutes.

Serve in large bowls and dig in!

This made A LOT of soup. You could definitely cut down on the ingredients or omit things. It was definitely hearty, very rustic. It reminded me of a gourmet version of my dad's "Hobo Stew". (Which turns out... after looking up the actual recipe for Hobo Stew, isn't technically Hobo Stew because he uses none of those actual ingredients... but, I won't tell him that).

Oh, by the way, FoodBuzz's Daily Special is a Mandolin (which I aptly have on next years Christmas list... but my birthday comes before then, so you could actually get it for me then too if you wanted =) Also... speaking of FoodBuzz... they announced they're having Project Food Blog (basically like a neat competition for food bloggers), which I am PRETTY amped up about. I don't think I have what it takes just yet to win the ENTIRE thing (or who knows, maybe I do, but there's some pretty talented folks out there), but I'd be stoked if I just went past the first round. Check it out if you're a Featured Publisher, or if you wanna know what it's all about!
Posted by Peggy G. at 3:27 PM