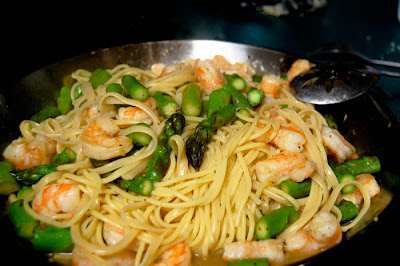 This week for Food Science Friday, I read the article:

So how many times have you gone into a supermarket or grocery store and wanted fresh berries or fruits? Then you get to the counter and realize that there's mushy, and somewhat fungus infected fruit in the container. Do you really want to waste your money on a product that's obviously past due? No! Of course not.

Well, this article presents a study on non-vented PLA (Poly-lactic Acid) containers vs. the normal commercial vented petroleum-based (PET) clamshell containers. Now if you looked at both of those pictures, you wouldn't really be able to tell much of a difference right? Well, the material the container is made from, actually makes a TON of difference, and this study presents why.

If you're like we, quality is usually more important than price for a certain ingredients. I can dish out a few more dollars for something that will last longer, taste better, and just be better for me. Am I right? Right.

The study is conducted on blueberries, so we'll stick to just referring to blueberries from here on out.

Right now, blueberries are only packaged in vented clamshell containers. These containers help with rapid cooling and protects them from mechanical damage during shipping. PLA containers, however, have been shown to increase the shelf life of blueberries as compared to the clamshell containers. But they've never been used in a commercial setting. Blueberry consumption is steadily increasing from year to year and a switch to PLA containers would essentially reduce environmental impact (because most PLA containers are biodegradable) as well as reducing fruit deterioration, allowing for less economic losses (because essentially we, as consumers, would buy more blueberries because they look a hell of a lot better, for a longer period of time).
Alright, so how did they conduct this study? Well, the researches obtained about 100 g (roughly 75-100 blueberries) of high bush (cultivated) blueberries from Michigan Blueberry Growers and divided them between non-vented PLA containers. The same amount was divided up between vented PET clamshell containers (these were the controls).

the samples were analyzed on day 0, 7, and 14 of the study. What exactly did they analyze the berries for?
The samples were also visually examined for fungal development.

The sample also underwent and consumer testing at days 7 and 14 of the study. The "consumers" in the study were all recruited from Michigan State University (students, faculty, staff). They were to grade the unidentified sample blueberries based on flavor, appearance, and overall quality and texture.

In the consumer testing phase, panelists were asked to describe the appearance of their blueberry samples. An overwhelming amount of panelists described some of the samples as "shriveled" or "wrinkled". Would you want to eat a blueberry described like that? What container do you think those blueberries came from? You guessed it, PET. Shriveling and wrinkling are usually caused by transpiration rates and RH (Relative Humidity) levels. Vented containers don't allow for high RH levels, causing less moisture to keep the blueberries in a "plump" state. However, non-vented PLA containers keep RH levels high due to the very absence of vents and the hydrophobic nature (water molecules basically don't escape "through" the material) of the PLA polymer itself.

Out of the 33 panelists subjected to the consumer study, the following shows how many picked the non-vented PLA containers over vented-PET containers in each aspect of study:

In each category, at least 80% picked PLA containers each time. That should show right there how we should package our blueberries. And if that didn't convince you, here's the results of the analysis tests:
Weight Loss - 14-16 % was observed in vented PET containers and less than 2 % was observed in PLA containers. Shriveling in the PET containers attributed a massive weight loss over the 2 week study.
Soluble Solid Content - Now this was a tricky one for me, vented PET containers were shown to have a high sugar content, therefore being "sweeter". But you necessarily want a "sweet" blueberry? Or do you want a "tart" blueberry. Non-vented PLA containers were not observed to be sweet, and definitely picked moreover than the PET blueberries, so maybe sweet is not so good in this aspect? I'm indifferent on this bit of analysis.
Titratable Acidity - was not noticeably different in either container so it was deemed not to be affected by packaging.

So basically, what does this all mean? Well, in my opinion, I think PLA containers should be implemented for the packaging of blueberries. The study really didn't say whether other fruits were packaged using the PLA containers as well, but I know I've seen them around. PLA containers can be bought online from Eco Products and I know that I'm definitely going to look for the non-vented PLA containers from now on. After all, how many times have you gone to the grocery store, picked up some fresh fruit, not used it within a couple of days, go to use it, and it's already mushy and gross? TOO many times this has happened to me, and it's good to know that there's something out there that prevents this. * And just a little disclaimer here, no, I wasn't paid by Eco Products or any PLA company to post this, I just feel really strongly about quality and freshness of products that we use, and plus... these things help the environment, so it's always a good thing then!

Alright... what a doozy, let's get to a quick and spring-time recipe!

Cook the spaghetti noodles according to package directions. I always like a good al dente boiling.

While you're waiting for the noodles to cook, heat the olive oil in a large skillet under medium high heat. Add garlic and stir until fragrant, about a minute or so. Add the asparagus and cook until it softened, about 3-5 minutes. Add in the shrimp and make sure you spread them out pretty good for even cooking. Cook until the shrimp are a nice pink, about 5-6 minutes (make sure you flip them once, in between).

Drain the pasta, reserving about 1 cup of liquid. Add in pasta to asparagus and shrimp mixture and pasta liquid, if needed. Season with salt and pepper to taste and serve right away!

I figured you guys would need a quick and easy recipe after reading that long spiel about blueberries! I really liked this dish, and considering it's simplicity, the salt and pepper are really key here. Enjoy!
Posted by Peggy G. at 7:43 AM