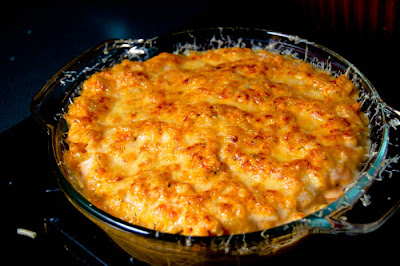 I know, whoa... and whoa. Lots of big words that have give no immediate spark of interest to you. Well let's break it down.

Hydrogen bonding. One of the most commonly found bonds in most organic and inorganic substances. The quintessential bond in Water. (H2O) What does hydrogen bonding allow? Well, it's mediocre in strength (being strong than a van der Waals, but weaker than a strong covalent and ionic bond). However, molecules with hydrogen bonds present, allow for higher boiling points. Boiling... now we can relate to that right? Right.

Now rotational and translational dynamics brings us to my most hated subject of all time... Physics. Yes, I know, physics is a part of life... but I still remain adamant that I HATE it. Rotational dynamics is the concept that states that "an object at rest remains at rest and an object in rotation will continue to rotate at a constant angular velocity unless otherwise disrupted by a net external torque" (for example, that loaf of bread on the counter will remain on the counter unless you touch it or pick it up... a wheel of a car will continue to spin, unless you apply the brakes). Translational dynamics is pretty much up the same alley, stating "an object at rest will remain at rest, and an object in motion will remain in motion at a constant velocity unless disrupted by a net external force".

Chromophore. Basically the part of a molecule responsible for its color. Common chromophores can be found in food colorings.

Bilayer Lipid Membranes. Well, most of us know that lipids = fats. And if you didn't... well now you do. Bi-layer = layers. So, essentially, fat membranes made of 2 layers. Lipid bilayers are found in most living organism cells to prevent ions, proteins, and other molecules from leaving the cell.

Okay, now that we've broken down the title, not so scary is it? So let's see how this applies to us, as the cooking gurus that we are.

Bilayer lipid membranes are not created equal. A human cell lipid bilayer is not that same as say, the lipid bilayer of yeast. The fluidity (how well things flow in and out) of the membrane also plays a key role. Something like nitric oxide (a signaling molecule that transmits info between mammalian cells, has been shown to decrease membrane fluidity). What does that mean? Well, an increase in fluidity has shown that mammalian endoplasmic reticulum (ER) membranes results in activation of certain membrane-bound transcription factors. This isn't necessarily bad or good, it just increased the possibility of "different" things happening. By the way, nitric oxide can be founds in many types of nuts, including walnuts, peanuts, milk products, etc.

Now that last paragraph was a lot to soak in. But it's basically saying, what if some of the foods we eat, that contain certain chemicals and molecules, would help prevent certain toxins or "enemies" from entering our cells? And what if some of those foods allowed for those toxins to enter?

This was honestly one of those articles I just couldn't get in to. Mainly because it dealt a lot in physics, and I just can't seem to compel myself to be interested in that aspect. But, I told myself that I wasn't going to be partial to any specific field of Food Science, but cover it all, to really develop an understanding of what is going on, but I didn't say how "in-depth" I would make myself go on each part either. I'll look for something more interesting next week...

Now I do have quite an interesting recipe lined up today. I keep seeing Lobster Mac N Cheese posts on Tastespotting and Foodgawker, so I figured what the hell, I'll give it a go... I was NOT disappointed...

In a large skillet, heat the olive oil under medium high heat. Add about 1/2 of the lobster meat. Saute for about 3-5 minutes. Add the carrots, celery, onion, and garlic. Saute for about 5 minutes, or until vegetables start to soften.

Deglaze pan with brandy and (if using a gas stove) slowly tip pan away from you to allow for whiskey to catch fire. Alternatively (if you don't want to risk it, or if you have an electric stove), you can light a match and carefully light on fire. Allow alcohol to extinguish on it's own and then add wine. Reduce for about 5 minutes or so.

Add tomato paste and hand crush the whole tomatoes. Cook for about 3-5 minutes longer. Add in heavy cream, thyme, parsley, tarragon, and bay leaf. Bring to a boil, and lower heat to a simmer for about 20 minutes. Turn off heat and let cool for about 10-15 minutes. Remove bay leaf after cooling period is done.

Using an immersion blender, puree the mixture until you get a smooth texture of the lobster cream. I like a little bit of chunk in there so mine was not entirely silky smooth. Season with salt and pepper to taste.

Prepare the macaroni to al dente in a pot of salted boiling water. Drain and return to pot. Add remaining lobster meat and lobster cream. Mix well. Season with salt and pepper, if needed.

Pour mixture into large glass baking dish. Grate enough of the Gruyere cheese to form an even layer for the topping. Broil in oven until cheese is nice and browned. Serve immediately!

This was great! It was definitely worth the time and effort (although it came together rather easily and quickly). I liked it because it wasn't your typical "mac n' cheese"... more like a delicate pasta bake. Enjoy!
Posted by Peggy G. at 8:05 AM