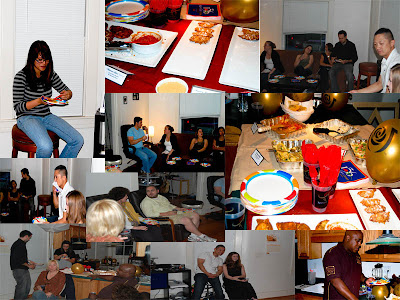 The Kentucky Derby has long been one of the most opportune times to throw a gathering or party. It's ideal because, the race only lasts no more than 2 minutes, so there's no long periods of time where guests are glued to the television, and so there's more time to mingle and socialize.

I was really shocked when Foodbuzz shot me an e-mail telling me that my "derby dinner party" using Buitoni's new line of Riserva products was chosen. I was somewhat overwhelmed with what exactly I was going to do, and when, and how. Of course, ideally, I would have liked to actually have had the dinner party on the actual day of the Derby, May 1st, but other things prohibited that. So instead, this past weekend, I had a post-Derby dinner with about 15 or so folks enjoying the goods.

What was my original proposal? Well, it was basically to throw a Derby Pasta Party using Buitoni's new Riserva raviolis and agnolottis. I was to do about 3-5 dishes incorporating the pastas and name them after some of this year's Kentucky Derby horses, as well as pair them with wines. Easy enough right? Well, so I thought. I give props to restaurant chefs and caterers who just magically name dishes creatively, and come up with unique dishes as well. I had to seriously put some hard thought into it all, but in the end, it pulled through and everyone ended up having a great time and great tasting food.

The dinner line up was as follows: 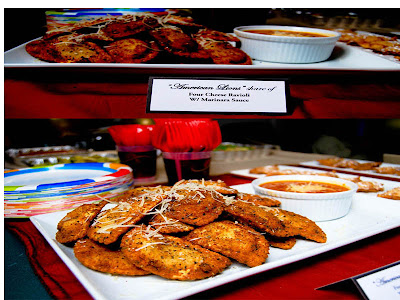 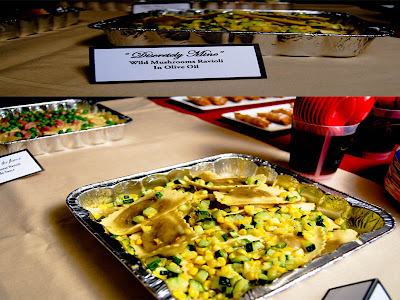 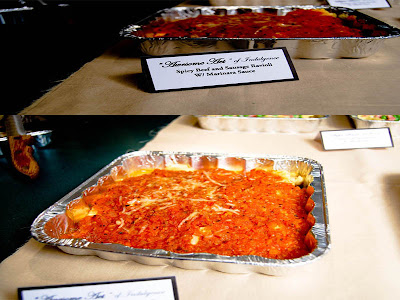 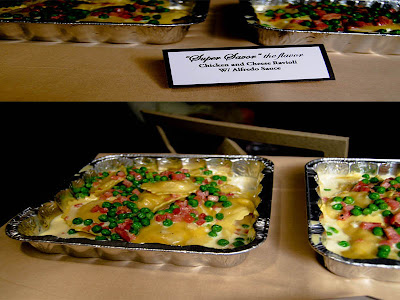 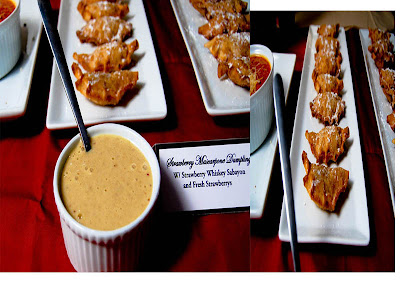 And I didn't have specific wine pairings, but more of a general direction... pairing the 3 reds with dishes with marinara, and the 3 whites with the alfredo. 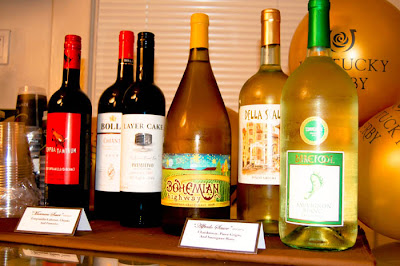 All of the wines were pretty tasty, with the Sauvignon Blanc being the favorite of many... and best of all, most of those wines can be found for less than $15. Score!

All in all, I think the party was a great success. We didn't get to watch the race, but we did get to socialize, mingle, and eat... which is what a traditional Derby party is all about. What I found most unique about the night, is that the alfredo dish, named after Super Saver, was by far the favorite of everyone... and just so happens that Super Saver won the Kentucky Derby... coincidence? I think not. The recipes for the dishes are found below, I made my own alfredo and marinara sauces, and paired them with the ravioli and agnolotti that I thought would best suit them... enjoy guys!

This is a pretty basic marinara. In a large dutch oven or heavy pot, heat the olive oil under medium high heat. Add onion, garlic, carrots, and celery. Cook until the vegetables are soft and translucent, about 5-7 minutes.

Add diced tomatoes and red wine and let simmer for about 30 minutes to let the flavors blend.

With an immersion blender, puree the vegetables until you get a smooth or desired texture for the sauce. Season with salt and pepper to taste.

Another basic sauce, but packs a punch of flavor. In a large saucepan, heat the butter under medium high heat. Once melted, add the garlic and saute until fragrant, about a minute or so.

Add cream and bring to a boil. Stir until slightly starting to thicken. Add Parmesan/Romano mix in about 1/2 cup increments. Make sure it is thoroughly melted before adding next 1/2 cup. Stir constantly. Add final 1/2 cup of Gruyere and stir until melted. Season with salt and pepper to taste.

Dip each agnolotti in the egg wash and then coat with breadcrumbs.

Fill a large heavy pot 2 inches deep with vegetable oil. Heat under medium high heat. When temperature is hot enough, fry each agnolotti for about 1-2 minutes total, flipping once in between. Let dry on paper towels. Top with grated parmesan cheese and serve with marinara.

The back of each Riserva package claims to say that the pasta is great even with just olive oil, so I tested out this claim, and was not dissappointed.

This is definitely a simple and easy dish. Bring a salted pot of water to a boil and add ravioli. Cook for about 5 minutes for a nice al dente. Drain.

In a large skillet, heat olive oil under medium high heat. Add zucchini and corn and saute for about 5 minutes, or until they start to soften. Add the agnolottis and season with salt and pepper to taste. Serve right away.

Can't get any simpler than this. Bring a large salted pot of water to a boil and add raviolis. Cook for about 5 minutes for al dente. Drain.

Mix in with marinara. Season with salt and pepper to taste.

In a large salted pot of boiling water, add raviolis and cook for 5-7 minutes for al dente. Drain.

I must say, I'm not usually the type of person to buy pre-made things (pastas, dinners, etc.). I usually tend to make my own thing and do things from scratch. But let's be realistic, you can't ALWAYS do that. Especially with the busy schedule that most of us have. All of these recipes and can done in no time, 20 minutes tops (if you have the sauces made ahead, anyway). I really liked the way that the Buitoni pastas tasted like they were freshly made. The fillings were well balanced and the pastas themselves were really unique, but have total mass appeal. They definitely get my approval, and when I'm in the mood for something quick and easy, I know that these pastas will totally be a great go-to.