Considering my Asian background, I really think I wouldn't do my culture justice if I didn't include some Asian-inspired dishes every once in while. I came across this teriyaki sauce recipe over the weekend and just had to try it. I know, it's a Japanese thing, and I'm Filipino. But hey, I'm broadening my Asian horizons.

Surprisingly, teriyaki is extremely easy to make.
You'll just need equal parts of these ingredients (the recipe says 2 tablespoons of each, but I doubled it because I had a few more pieces of chicken and I love extra sauce):

Then for the chicken brine/marinade: (and once again, I doubled everything) 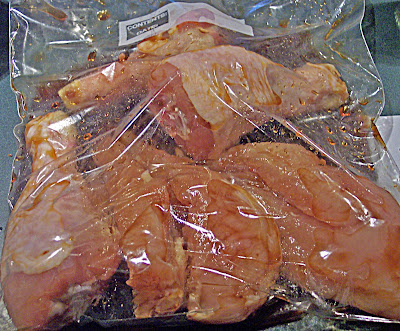 4-6 skin-on filleted (boneless) chicken thighs (I used breast fillets and a few drumsticks)
As far as the recipe goes, like I said, it's extremely simple and straight forward, practically anyone can make it.

Combine water, soy sauce, brown sugar, and mirin in bag with chicken and let sit in fridge for about an hour or so. 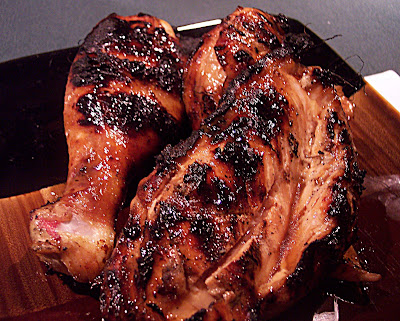 When almost ready to take chicken out of fridge, combine honey, soy sauce, mirin, and sake, in small saucepan and bring to boil, but be careful not to let it get too crazy. You'll know it's done when it looks glossy. It won't be thick, but that's alright, the flavor is still there and that's what matters. 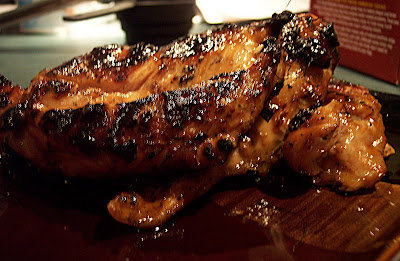 Take chicken out of fridge and prepare a hot grill. I love the char a grill gives chicken so that's why I chose to do it on the grill, but this can be done just as well in the oven. 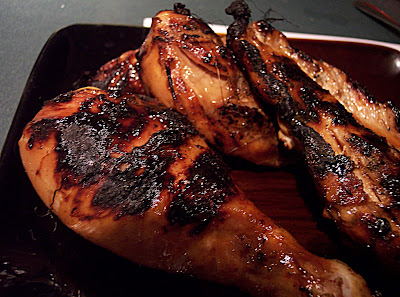 When chicken is cooked on one side, flip over and baste with some of the teriyaki. Put on as little or as much as you'd like. This is your chicken so it's up to you how you like it. When ready to take off grill, drizzle other side with remaining sauce, or keep a little bit to dip chicken in. 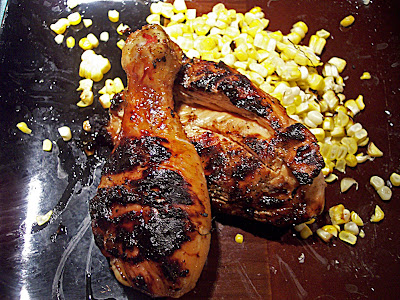 And there you have it, Chicken Teriyaki so easy a caveman could do it... (I hope Geico doesn't sue me for that.) 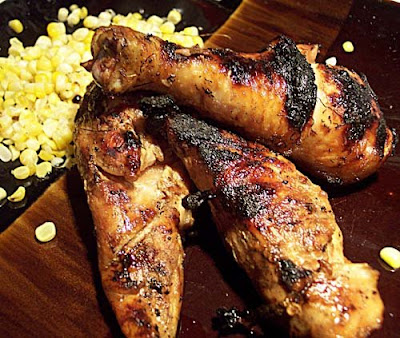