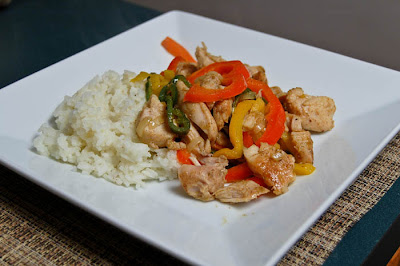 So, I'm deeming today pity party Tuesday. Why, you ask? Well... I found out some pretty discouraging news yesterday. I don't know if you all remember, but I applied for pharmacy school back in October. Well, I finally heard back yesterday. And guess what. I DIDNT GET IN. Of course, they gave me the old speech about how, the class of 2014 is filled up, but I could reactivate my application for next year to have a chance to be in the class of 2015. Well, that's not what I want to hear. There's always next year is a cliche response. And yes, I believe there IS always next year, but the fact of the matter is... this was something I really wanted. Something I still want, but really wanted for myself, for this year. To get on the right track to finish something.
I mean, the more I think of it, the more I depress myself. But it's constantly been on my mind since I got that blasted e-mail last night. I seriously can't hold back the tears. It makes me think of what I did wrong or how I could have been better. Was my GPA not high enough? Did I send my application too late (even though it was 2 & 1/2 months before the deadline)? Did I just not stand out? Did my personal essay just suck?
It's not like someone died. It's not like my life is over. But it really feels like I'm a 2 year old who just had their favorite Barbie snatched away from them and then had somebody run over it, so I could never play with it again. Damn life.
Phew. Now that I've bored you with my bitter, cynical rant... I guess you guys want a recipe. On a lighter note, I love the flavors and colors of this dish. They make me smile. There, I said something positive.

Heat 1 tablespoon of the olive oil in a large skillet under medium high heat. Add all 3 peppers and onions. Cook until the vegetables are tender, about 7-8 minutes. Season with salt and pepper. Transfer mixture to medium bowl and set aside. 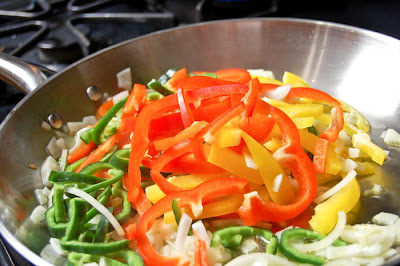 Heat the remaining tablespoon of oil in the same skillet and add chicken. Cover and let cook through, about 7 minutes per side.

When chicken is white throughout, push to 1 side of skillet and add pepper mixture back into skillet. Season the peppers with the remaining coriander/cumin mixture and lime juice. Heat everything through, about 2-3 more minutes. You can either mix everything together or serve peppers alongside chicken separately.

I chose to mix everything together and serve it alongside rice. It was pretty tasty and definitely on the healthy low-calorie side. This would even be great as like a fajita mixture. Enjoy!

P.S. Sorry to bum you all out, but I've just been a little down on life. Trust me though, I am going to apply to more schools next year and not give up. It's just heartbreaking to hear bad news of any kind, you know?
Posted by Peggy G. at 4:15 PM