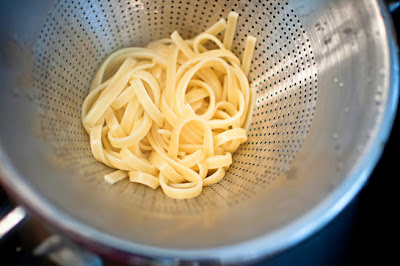 Hello again!  Remember me?  It just seems like my breaks between posts keep getting longer and longer, don't they?  But I promise I'll always return!

Anyway, we're down to 36 days until the wedding!  Can you freakin' believe it?!  Just yesterday, I could remember it being ages away (like 2 years away!).  And it's coming up quickly.  We pretty much have everything taken care of, just need to make the final payments on some things and we'll be good to go.

I'm in between quarters at school (next quarter starts Monday - BAKING! - so expect a bunch of baked goods in the near future) and catching up on some spring cleaning, so I haven't done much cooking - especially since life is crazy busy!  I know the title of this post may deter some of you, I mean, hell... shouldn't we all know how to boil water?  Believe it or not, I've actually seen a lot of people that do this incorrectly!  Take my lovely other half, for instance.  I find him putting the pasta in the pot, covering it with water, and THEN putting it on the stove.  I can even admit that I'm guilty of this every now and then.  A lot of people think that it's faster to do it that way, but honestly - it just wastes more time!

1. Starting with cold water, put enough water into a pot to cover whatever you'll end up boiling (i.e. pasta).  Bring water to a boil over high heat.  Add salt to season. 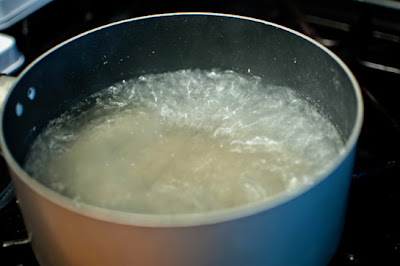 2. Add your desired food to the water (in my case, pasta).  The temperature will drop when you add the food, so you'll want to keep the heat on high to bring it back to a boil.  Then reduce the temperature, as needed, just to maintain a boil. 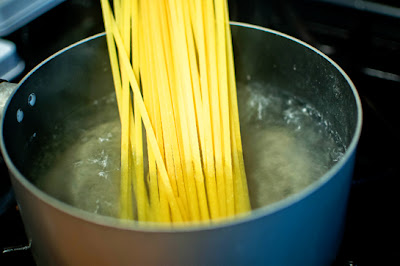 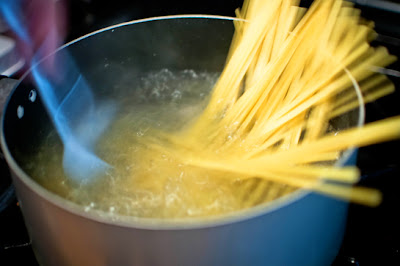 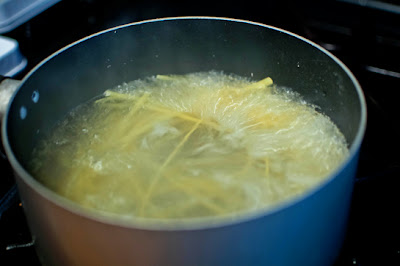 3. Cook the food until it reaches your desired texture/doneness.

You want to serve boiled food right away, unless you plan on shocking it after (placing in ice water). 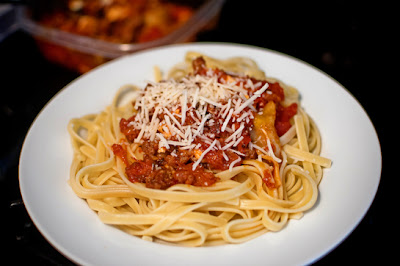 Hope everyone has a great weekend!  I've got to work at the restaurant tonight, but I've got the whole weekend off.  Andy and I are planning on being lazy - but that never works out!  See you guys in a few days =)
Posted by Peggy G. at 10:22 AM

Email ThisBlogThis!Share to TwitterShare to FacebookShare to Pinterest
Labels: boiling water, cooking, how to, simple things