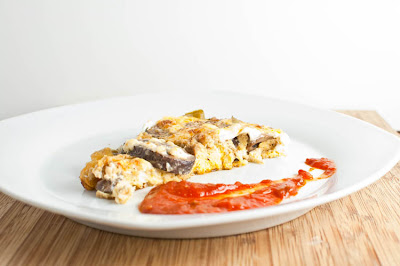 Happy Monday everybody!  It was an exciting weekend for sure!

I went to an open house for the Culinary School I applied to and learned so many cool facts about the school:

- The head of the Professional Catering department was actually one of the heads of the catering for the past 2 Olympic games.
- The school is actually one of the Top 5 best Culinary Schools in America (it's not a large school, but I actually like that)
- One of their recent graduates is the personal chef to Jimmy Kimmel.

So yeah, just some fun facts, but most of all, the open house really proved to me that this is what I really want to do with my life.  I understand the long hours and the fast paced work environment, and I want it.  There's no greater feeling than really believing in yourself!

Anyway, today is a major day for the blog.  The first EVER video!  So enjoy me and my nerdy-ness (I'd love to hear some feedback on this!) and the recipe is below! 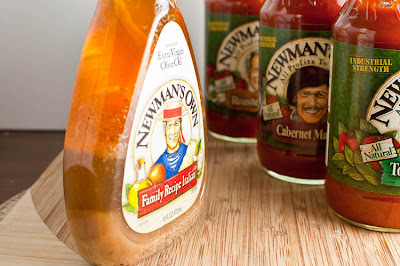 In a medium bowl, combine green bell pepper, mushrooms, and garlic.  Drizzle Newman's Own Family Recipe Italian Dressing over mixture and toss to coat.  Let sit for about 5 minutes.

Meanwhile, in another medium bowl, combine cream cheese and eggs.  Beat on medium speed until combined, about 2-3 minutes.  Season with salt and pepper.

Heat a large cast iron skillet (or other oven-proof skillet) under medium high heat and melt butter.  Add peppers and mushroom mixture.  Saute vegetables until softened, but still slightly crisp, about 5-7 minutes.  Add pepperoni and then pour in egg mixture.

Cover skillet with lid (or, in my case, if you don't have one - some foil) and cook for about 5 minutes, or until center is almost set. 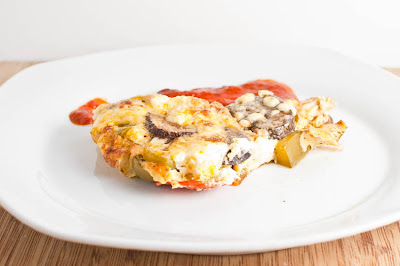 Uncover foil from skillet and sprinkle Pecorino Romano cheese over top.  Carefully place skillet in oven under broiler for about 2-3 minutes, or until top is starting to brown.

Cut into slices and serve with Newman's Own Tomato & Basil sauce on the side. 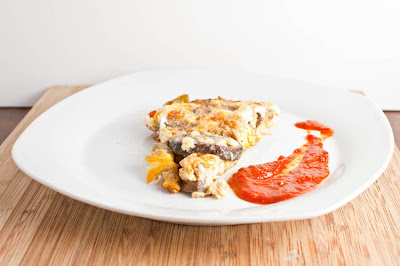 Happy Monday and be back tomorrow to announce the CSN giveaway winner!

Disclaimer: I was provided a Flip video camera & an assortment of Newman's Own products as part of Foodbuzz's Tastemakers Program.  The opinions and recipe in this video/blog post are my own.
Posted by Peggy G. at 3:32 PM