You might have remembered last week, when I said I was meeting up with a few other Kentucky Food Bloggers.  I had such an amazing time, and thanks to Adam from the Danville Boyle Co Convention & Visitors Bureau, we were set up with a culinary tour of Danville, KY.

Now let's get one thing straight.  Before this planned meet-up, I'd honestly never heard of Danville, KY.  Well, I only know of one story that Andy has told me about how, when he was in a band in his early 20's, they played a show at a Centre College (which is in Danville) frat house.  They were-in turn banned from Centre due to leaving a few prohibited things around - a.k.a. kegs of beer/beer bottles.  Why such a harsh punishment?  Well, up until May 2010, Danville was a "dry" city - meaning no purchasing of alcohol (which is a little crazy right?)  So since the law was passed to declare Danville "wet", the city has blossomed with a few new restaurants and pubs - something us foodies were ready and willing to explore!

Our first stop?  V the Market.  It was a quaint little shop full of wine bottles, loads of different kinds of beer (many sold by the bottle, not the 6-pack - which is a sure sign you'll find great beer), bourbons, hand-picked cheeses, chocolates, and other gourmet treats. 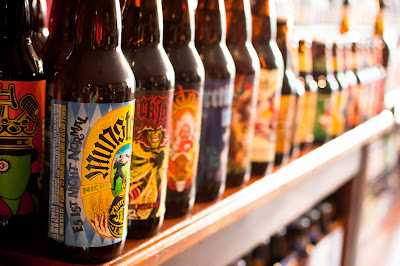 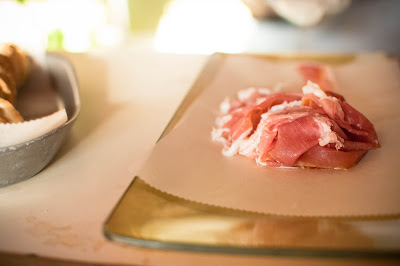 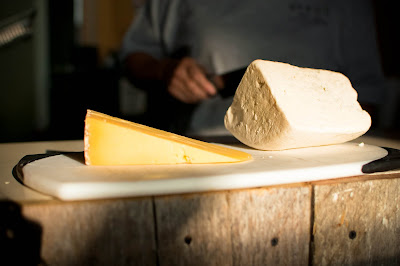 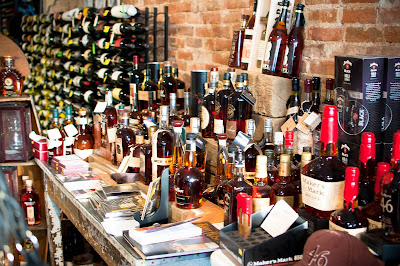 Next was Mermaids where we enjoyed sipping on two different types of signature cocktails - the Porch Punch & Mermaid Punch.  Both were delicious and unique!  Definitely made me want to lounge around on a beach somewhere with one of those in hand!  We were also served a small plate of 3 different appetizer-type dishes: prosciutto-wrapped prawn, slice of local beef,  and a cucumber-wrapped slice of ahi tuna with a wasabi sauce.  All three of which were mighty tasty! 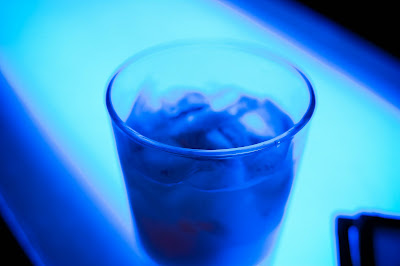 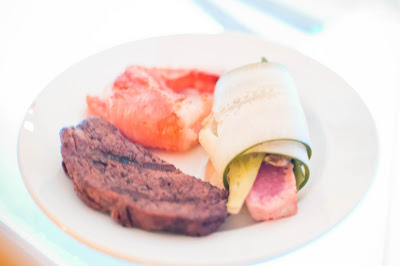 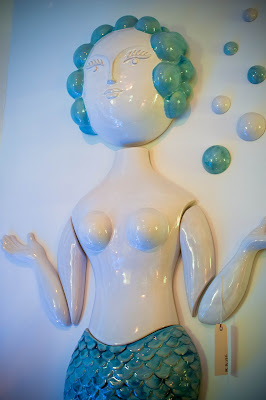 Then we headed to 303W where we were greeted with a table full of appetizer selections.  It was an old-fashioned pool hall (pool tables were in the back) and definitely had the feel of a laid back, sit down and have a beer-type bar.  The appetizer selections were tasty, especially the soft pretzel breadsticks - yummo! 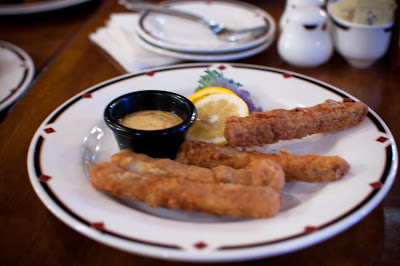 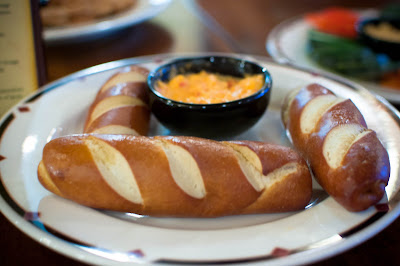 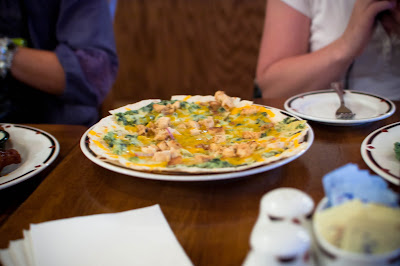 Next we dove into the local pizza joint, Bluegrass Pizza & Pub - which definitely had similarities to Louisville's own Wick's Pizza (which isn't my favorite because I'm a New York, thin slice-pizza kinda gal) - but Bluegrass was definitely spot-on with their traditional-style pizza and I would prefer them to Wick's any day.  Sorry Wick's! 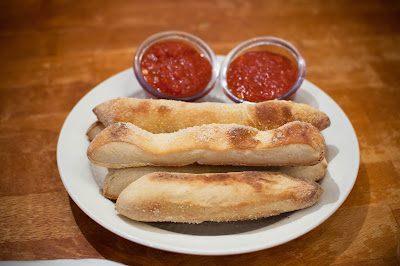 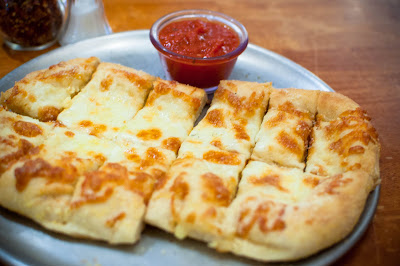 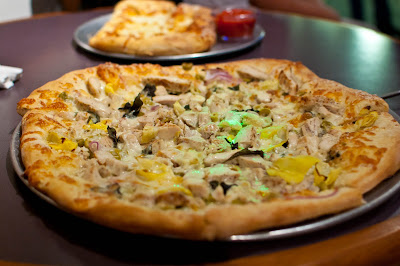 Then came my personal favorite stop of the night, The Beer Engine.  I mean, the location of this place says it all - if you didn't know it was there, you'd be sorry because you'd be missing out!  It's kind of secluded in the back area of a parking lot, with just an emblem of a skull and "hops"-bones marking the door.  The logo is sheer awesomeness in my opinion.  We got to do a tasting of a few beers that they had on tap (and they had quite a selection!), and all were mighty tasty.  This is definitely the kind of place you can find yourself hanging out with friends over a few beers on a regular basis! 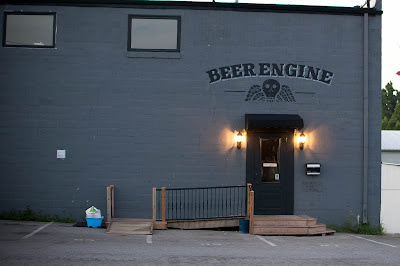 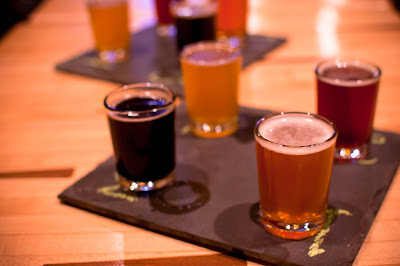 We ended the night at The Hub Coffee House & Cafe.  While I didn't indulge in any coffee, we winded down, ate cupcakes from The Twisted Sifter and chatted with eachother about our night.  We were given goodie bags from Karamel Kreations & Burke's Bakery Delicatessen - and I'm sorry that I don't have any pictures of the contents of the bags - I snacked on the goodies during my hour and a half trip home!  I couldn't resist!

For our first meet-up, I thought this was successful night!  I got to meet an amazing group of people - all unique in their own ways - and we all got to share in a tour of one of Kentucky's hidden gems of a city - Danville.  Seriously, if you're in Kentucky, or driving through Kentucky - Danville is well worth a visit!  I know I'll be back!

And I want to take a moment to thank Mindy from The World in My Kitchen (who has a great review up on her blog, as well!) and Adam from the Danville Boyle Co Convention & Visitors Bureau for setting this whole evening up and letting us experience Danville!
Posted by Peggy G. at 8:00 PM